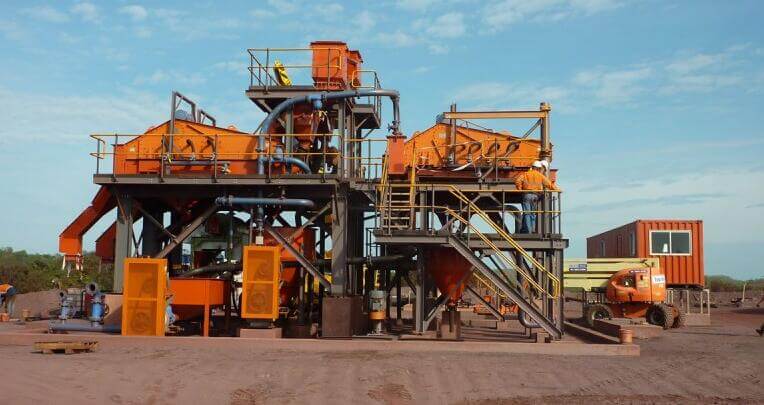 1 What is a dense media separation?

Advantages of heavy media separation mining
1. High separation efficiency and accuracy The HMS efficiency mainly depends on the specific gravity of ore particles, less affected by the size and shape of ore particles.
2. Wide processible particle size from 300 mm to 500 μm.
3. Easy to operate and control, low investment in equipment. 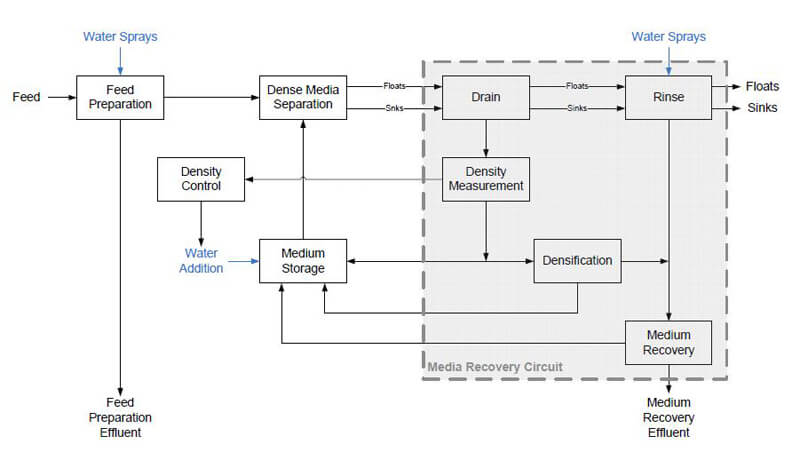 Raw ore material is commonly reduced in size using stone crusher such as cone crusher, jaw crusher, gyratory crusher, impact crusher. The crushed material can be scrubbed to break clays and agglomerated particles or rubbed to break down fragile gangue minerals for further removal by screening.
Slimes may cause inefficiencies in the DMS process through increased slurry viscosity, affecting the movement of fine particles.
For materials that do not require scrubbing or other pretreatments, crushed product direct sent to the horizontal screen deck of the DMS plant to remove the fine particles/slimes.

In short, the DMS process is to concentrate the target minerals and to discharge the reject items. Thanks to the preparation, the reject items is discharged and minimize the processing requirement, the separator machine is the heart of the DMS plant.
There are two types of DMS separator vessels, static one, namely open bath vessel, is commonly used to separate coarse particle, by using of the nature gravity settling velocity; another one is dynamic type, usually used for finer particle, make use of centrifugal forces that enforces the settling velocity in the heavy medium slurry. 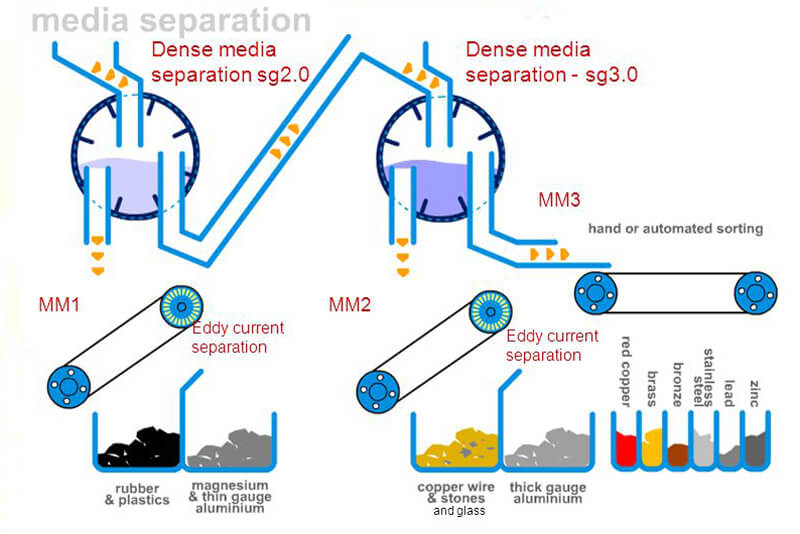 The medium recovery of heavy media separation plant composes of two portions, the medium recovery circuit and dilute medium circuit. the float and sink slurry from the separator machine separately flow to vibrating screens, which is fitted with a sieve plate with a pore size smaller than that of the feed preparation screen. The first part of the screen is used to drain the high-density medium. The screen is too small and is then reported through the degaussing coil to the circulation medium tank, where it is mixed with the newly imported feed. The second part of the screen contains a water spray that flushes any remaining ferromagnetic particles from the solid particles in the two streams before leaving the circuit.
The size of the screen tube is too small, report to the dilution medium loop from the flushing part of the screen tube, and then guide it to the low-intensity magnetic drum separator for the recovery of ferromagnetic heavy medium particles.

Message us to get dense media separation quote