How Much Gold is in the World?

Home » News » How Much Gold is in the World?

According to reports, in 2016, an archaeologist working on excavation sites in Bulgaria discovered a tiny but significant discovery: a gold bead about one-eighth of an inch in diameter, which scientists believe may be discovered so far. The oldest refined gold jewelry, which dates back to 4600 BC.

This discovery is important not only for scientists but also for investors. In short, this means that humans have been mining and refining gold for more than 6,600 years.

If this is true, gold investors may think: After seven thousand years of mining, how much gold is left in the world for future discovery, mining, and refining?

How gold was formed?

Gold is a heavy metal that is not easy to synthesize in the universe. Only when a supernova erupts to generate a neutron star, or when two neutron stars collide, can gold be synthesized. Gold is rare in the Earth.

According to scientists, the earth’s gold content is about one hundred millionth of the earth’s mass, about 60 trillion tons. But most of this gold is located in the core of the earth, and it cannot be mined at all with the current technology of mankind.

The vast majority of gold is concentrated in the depths of the earth because of their high density. When the early Earth’s material is in a molten state, heavy matter declines, and the differentiation of light matter rises to form such a result. Those gold have remained in the core of the earth since then. According to the theory of Earth formation, the precious metals on the earth have already sunk into the core, and it is impossible for mankind to extract a large amount of gold.

In the former Soviet Union’s Kola ultra-deep drilling pit, gold deposits were discovered in the underground area of more than 9,000 meters, where the gold content of the gold mine can reach 9 grams per ton, far higher than the surface gold content.
Gold mining in South Africa has also been deep underground for 4 kilometers; some places where volcanic eruptions have occurred may also contain natural pure gold nuggets, which also indicates that the gold content of the core is higher than the surface.

How much gold has been mined?

The Industrial Trade Organization, the World Gold Council (WGC), estimates that since the first gold bead was smelted, humans have extracted about 190,000 metric tons of gold, accounting for about 77% of the world’s recoverable reserves. Because gold is not easy to wear and is almost indestructible, most of the gold that is mined today still exists in the form of jewelry, gold coins, gold bars and electronic products.

Interestingly, most of this gold was mined in the past half-century. Gold is considered valuable, and gold is used as jewelry and currency for most of the recorded world history, and history dates back more than 7,000 years.

How much gold is left to be mined?

It is reported that there may be 580 deposits with 1 million ounces (28.3 tons) of gold or more, and there may be 3.72 billion ounces of gold (115,700 tons) underground, world’s remaining reserves account for only 30% of the reserves already produced.

Even under the best conditions, only 1.82 billion ounces (56,608 tons) of gold can be mined. The challenge for the current gold companies is not that there is no prospecting potential, but that the gold mines that are easy to find have been discovered and mined.

According to the recent global production rate of approximately 3,100 metric tons per year, this means that in less than 20 years, all of the world’s recoverable gold reserves will be exhausted.

How will the mining company be affected?

As gold reserves dry up, new gold deposits are finding it harder to find, and production costs rise over time, which may curb the profitability of global gold mining companies.

For example, in 2004, gold miner Barrick Gold reported that the average production cost per ounce of gold mined was only $300. By 2011, this number more than doubled to $630 per ounce and continued to rise to $800 per ounce in 2014. According to data from the S&P Global Market Intelligence, production costs have stabilized since then, and Barrick reported last year’s production cost of $780.

Coincidentally, the same is true of Newmont Mining. 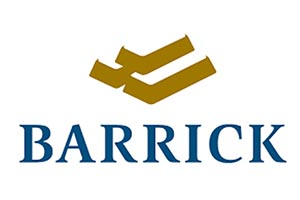 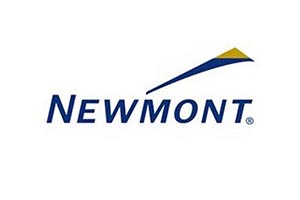 Over the past 15 years, the cost of gold production has risen sharply, coupled with the rapid exploitation of the remaining recoverable gold reserves of the Earth. In the next few years, with the depletion of unexploited gold in the world, production costs are likely to start rising again.

Will the gold market reach its peak?

Some investors are worried about the oil reserves on the planet. Similarly, they are beginning to worry about how much gold can be mined in the world!

More than a decade ago, as crude oil prices soared to more than $100 a barrel, Goldman Sachs analysts gave their famous predictions that oil prices would soar to $200.

“The Earth is rapidly approaching and may even have exceeded the tipping point of the “peak oil production”, and consumers (whether car drivers or industrialists) are competing for each gallon of the remaining gallons of natural gas due to lack of oil. Oil prices can only rise.”

Of course, this is not the case. The oil price soared first, then stumbled, then hovered in the $100 range, and then began to plunge after mid-2014.

Then someone may have to ask: Does gold have the same thing? In this regard, The Motley Fool analyst Rich Smith said that it depends on the situation!

Why does the amount of minable gold change over time?

Part of the reason why oil peaks did not appear at the beginning of this century, and part of the reason for the collapse in oil prices in 2014, is that the amount of world oil (or gold) is not a hard number at all. Instead, it fluctuates with the creativity and price of technology, humans looking for new ways to develop the resources they really want.

In short, the higher the cost of oil, the better the explorer is able to spend more money to find and extract oil, which makes the oil more recoverable and the reserves larger.

In the case of oil, the fracturing technology pioneered in the 1940s was exploited in the 21st century to release previously unexplored petroleum deposits. High prices are incubators for commercial fracturing of hydraulic fracturing and other technologies such as horizontal drilling. When these technologies were commercially viable, it opened billions of barrels of oil that were previously thought to be unexploitable, and eventually led to today’s price drop.

Is there a similar situation in gold? Maybe.

Is there a new way to mine gold in the future?

As we all know, gold is a valuable but relatively rare element, accounting for only 0.001 million parts per million in the earth’s crust, and only 0.00001 million per metric ton of seawater.

The problem is that to make gold mining economically viable, using existing technology, miners need to find gold in places where gold deposits are concentrated.

Finding gold is not easy. Experts say that there are three possible ways for gold to appear in the future:

Experts speculate that even in the case of extreme dilution of the average concentration, only the first four kilometers of the crust contains up to 122 billion tons of gold (not to mention the gold in the ocean). This suggests that if new technologies are developed that allow for the lucrative exploitation of gold at below-normal gold densities, then the world’s remaining gold (discoverable, exploitable and refinable) may be more than the current situation. many.

Seabed may a new exploration field

The recent discovery of precious metal deposits around submarine hydrothermal vents suggests that some major seabed locations may contain gold mines at concentrations up to 6 grams per metric ton. This is four times the average asset of Barrick Gold and five times that of Newmont. If such deposits are common, rising gold prices and a reduction in the supply of gold on land could trigger a new round of underwater gold rush, which may have doubled the amount of gold left in the world.

Gold may also exist in space

The astrophysicist Neil deGrasse Tyson believes that the individual space rocks that make up the asteroid belt have gold, and may have half a ton or more of gold at the core of any asteroid.
Dr. Tyson did not commit to every asteroid in the asteroid belt, but there are more than 150 million asteroids over 100 meters in diameter in the asteroid belt. If even a small portion of these space rocks contain gold, it may dwarf the elements that are readily available on the Earth’s surface.

In short, as the gold reserves on the planet decrease and the price of gold rises, this may prompt explorers and developers to find new sources of gold in places where no miners have previously been involved.

In other words, how much gold you have in the future depends on how much you are willing to spend looking for!