How to Beneficiate Beryl?

Home » News » How to Beneficiate Beryl?

The density of beryl is 2.65~2.9g/cm3, similar to gangue minerals, and cannot be separated by gravity. Beryl needs to be smelt through beneficiation and enrichment. The commonly used beneficiation method is flotation. Other processes, such as hand selection, selective grinding, magnetic separation, and radiation sorting, are auxiliary. So how to beneficiate beryl? Following we will introduce the beneficiation method. 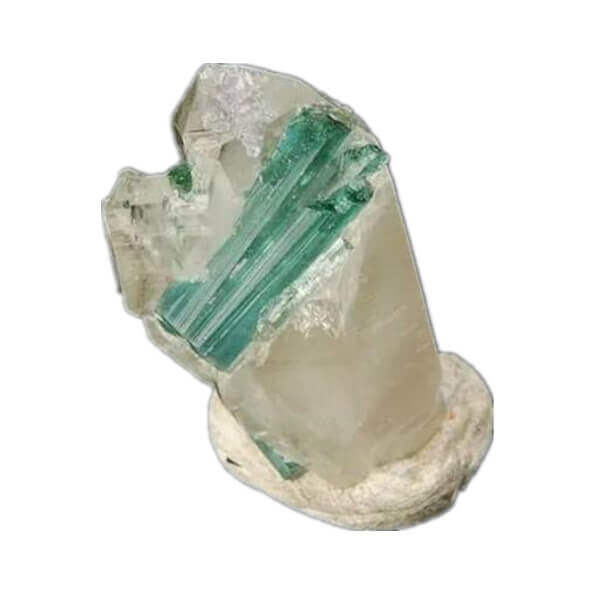 Hand selection is a method of sorting beryl concentrate by manual selection based on the difference in appearance characteristics (color, luster, crystal shape) between beryl and associated gangue minerals. Hand selection is often performed on a slow-moving belt. The particle size of the separated ore is usually larger than 10-25 mm, and the determination of the lower limit of the particle size mainly depends on the economic effect. In order to improve the efficiency of manual selection, the ore often needs to be pre-screened before manual selection, the ore needs to be washed if necessary, and the working area should have good lighting.

Flotation is an essential method for selecting low-grade, finely embedded-beryl ores. Mineral processing workers at home and abroad have conducted extensive and in-depth research on this and proposed the Lamb method (Lamb), Rabid City method (Rabid City ), Runke, Calgon, Eigeles, and many other ways of flotation beryl. 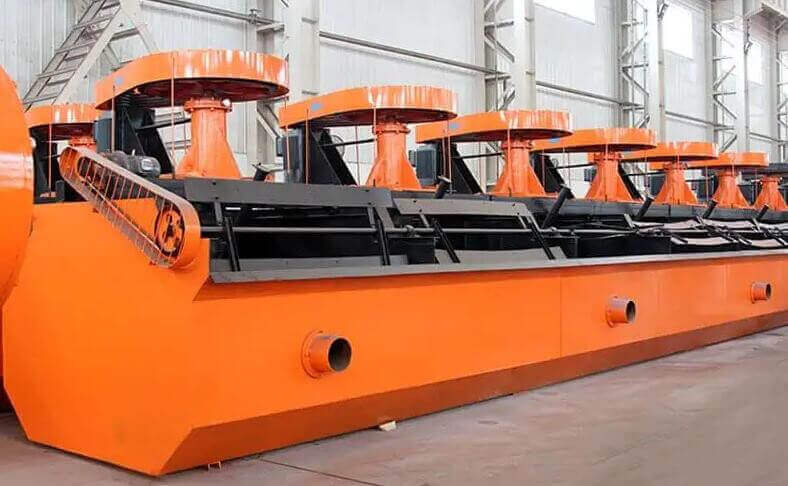 Practice notes: no matter whether using cationic collectors or anionic collectors, beryl can float, but if there is no selective adjustment agent, the effective separation of beryl and associated gangue cannot be achieved. Therefore, beryl must be pre-treated by adding a regulator before flotation. According to the pH of the medium during pretreatment, people divide the flotation process of beryl into two categories: one is the acid process, and the other is the alkali process.

The acid method process is to treat the pulp with hydrofluoric acid (or sodium fluoride and sulfuric acid) in advance to activate the beryl and then add collectors and foaming agents to float the beryl. According to the beryl select order, it can subdivide the acid process into two types: acid mixed flotation and acid priority flotation.

The grade of beryl concentrate obtained by the above flotation method is not too high, so it often uses magnetic separation, heating flotation, or other techniques to process.

Description of beryl flotation practice: Some heavy minerals (or floating minerals) associated with beryl in the ore, such as garnet, hornblende, tourmaline, apatite, etc., affect the quality of the final beryl concentrate quite large, should rule out as soon as possible.

The alkaline flotation process is that treat the ore with alkali before grinding or flotation, washing & desliming the ore, then adding the fatty acid collector and foaming agent to float the beryl.

Radiation beneficiation is also a method of sorting beryl. This method is based on beryl being irradiated by v-rays and presenting induced radioactivity. The counter records it and manipulates the actuator to collect beryl nuggets into the concentrate tank.

Particle float, also known as cypress float or floating gravity separation, is based on the difference in physical and chemical properties of the mineral surface, relying on the effect of surface tension to make the surface of hydrophobic minerals gather many tiny air bubbles form aggregates and float on the water surface, while hydrophilic minerals Sink to the bottom of the water and sort according to the principle of gravity. Granular floatation is widely used in China tungsten-tin concentrators, and its leading equipment is a granular floatation shaker or chute.

This method is based on the beryl having a relatively high hardness (7.5~8). When it is together with softer gangue minerals (such as mica schist and talc), they have a hardness difference. Selective grinding grinds the friable gangue minerals finely while the beryl remains relatively coarse-grained, and then sieving achieves the preliminary separation.

We are a professional mineral ore solution supplier and mining equipment manufacturer, if you need to process beryl please ask us for free flow design.