Manganese ore is widely used in steel, non-ferrous metallurgy, chemical, electronics, battery, agriculture, etc. industry. More than 90% of the world’s manganese is used in the steel industry. Global terrestrial manganese ore reserves are 6. 800 million tons (manganese metal), most of which is manganese oxide ore, with a production of 16 million tons (manganese metal) in 2017. spent catalyst could be a secondary recover resource of manganese.
China’s manganese ore resources are mainly manganese carbonate ore, and the average grade of ore is only 21. 4%. With the consumption of manganese ore resources, the grade of ore is gradually reduced, which is not only difficult to develop and utilize but also has a large amount of smelting wastewater and waste slag. Therefore, improving manganese resource utilization technology level is of great significance for realizing the conservation and utilization of manganese resources, protecting the ecological environment and promoting the sustainable development of the manganese industry. 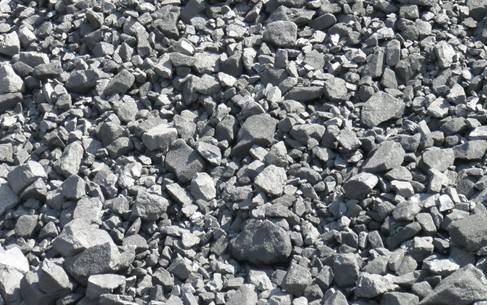 The purpose of manganese ore beneficiation is to remove the slime, separate stone and mineral manganese, enrich the low-grade ore, improve the ore grade, reduce the energy and reagent consumption of the smelting process from the source, and then reduce the amount of smelting waste. The methods of mineral manganese processing mainly include washing, gravity separation, strong magnetic separation, flotation, fire enrichment and chemical beneficiation.

There is a large difference in density between useful minerals and gangue minerals, and the density of manganese oxide ore is 3.7 ~ 5g/cm3, the density of manganese carbonate ore is 3.3 to 3.8 g/cm3, the density of gangue minerals such as quartz and calcite is 2.6 to 2.9 g/cm3. The use of re-election technology can achieve the separation between useful manganese ore and gangue minerals, and achieve the purpose of enriching manganese ore to enhance ore grade.
The gravity separator equipment mainly includes jig, shaker table and heavy medium hydro-cyclone. For the treatment of manganese ore, a jig and a shaker were used respectively, and the recovery rate of the MnO obtained by the re-selection of the jig was 51. 54%, the recovery rate of shaker gravity separation was 91. 11%

Ore material on the grid sieve, screened material flow into the washing machine, then into vibrating classifier, handpick the +30mm grain size to do secondary washing. -30mm +3mm grain size into the mineral jig to get concentrated manganese. The jigging tailings and the -3mm size material is merged into the grinding system which consists of rod mill, vibrating screen, and spiral classifier. -1mm material into the SHP-1000 high-density magnetic separator select out the concentrate manganese, the strong magnetic tailings are cleaned by DPMS wet permanent magnetic strong magnetic separator.