The earliest countries in the world to use manganese minerals are Egypt, ancient Rome, India and China. The discovery of Manganese, however, came much later, when it was discovered by Swedish mineralogist G. Gahn reduced manganese from pyrolusite in 1774. South Africa, Ukraine, Australia, Brazil and India are the largest reserves of manganese. 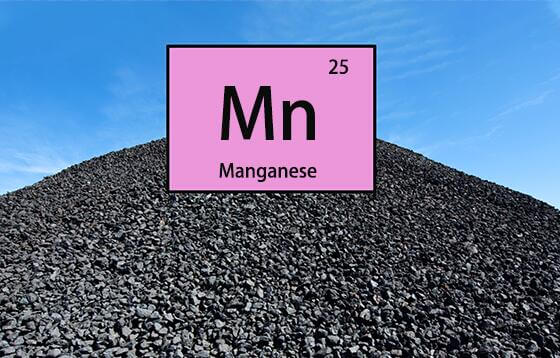 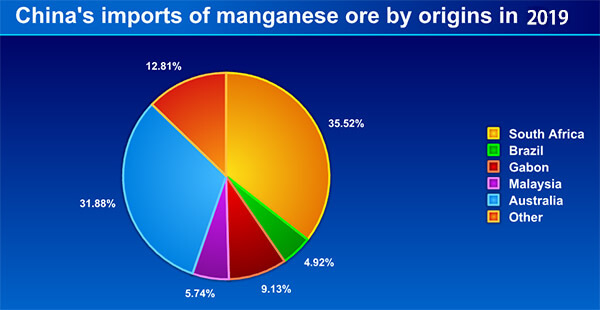 How to beneficiation low-grade manganese ore?

Because most of the manganese ores are distributed in fine or micro-fine particles, and there are quite a lot of high-phosphorus ore, high-iron ore, and associated metals, so it is quite difficult for manganese mineral processing. At present, the common beneficiation methods of manganese ore are mechanical separation (including ore washing, screening, gravity separation, strong magnetic separation, and flotation), pyro-concentration, chemical separation and so on. 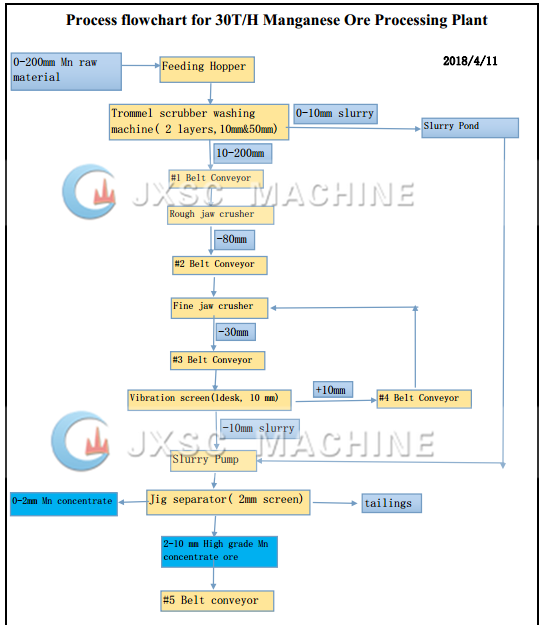 Ore Washing is the use of hydraulic washing or additional mechanical scrubbing to separate the ore from the mud. Common Equipment ore washing screen, drum washing trommel machine and trough ore washer.
Washing operations are often accompanied by screening, such as washing directly on the vibrating screen or sending the ore obtained by the washing machine to the vibrating screen. Screening can be used as an independent operation to separate products of different granularity and grade for different purposes.

At present, gravity separation is only used to separate manganese ore with simple structure and coarse particle size, especially for manganese oxide ore with high density. The common methods are heavy medium dressing, jigging dressing and shaking table dressing.
The technological process of dealing with manganese oxide ore is generally crushing the ore to 6 ~ 0 mm or 10 ~ 0 mm, then classification, jigging at the coarse level and shaking at the fine level. The gravity separation equipment is mostly Haz reciprocating mineral jig and 6-S type shaking table.

4. Combination of gravity and magnetic separation

Take the Liancheng manganese processing plant as an example, it mainly deals with leaching type manganese oxide ore, using AM-30 jig machine treat 30 ~ 3 mm cleaning ore, can obtain high-quality manganese concentrate containing more than 40% manganese mineral. The grade of manganese concentrate should be increased by 24% ~ 25% to 36% ~ 40% after the jigging tailings and washed ores with diameters less than 3mm are ground to less than 1m and separated by high-intensity magnetic separator.

Pyrometallurgical beneficiation of manganese ore is a kind of ore dressing method for treating high-phosphorus and high-iron poor manganese ore. Its working principle is that selective separate manganese, phosphorus, iron by controlling the furnace temperature.

The pyrometallurgical enrichment process is simple and stable, which can effectively separate iron and phosphorus from ore and obtain enrich manganese slag with a high content of manganese, low content of iron, and low content of phosphorus. This manganese-rich slag generally contains 35% ~ 45% MN, Mn/Fe ratio 12～38，P/Mn<0.002, it is a kind of high-quality manganese alloy raw material, and it is difficult for the natural manganese ore to reach the above 3 indexes at the same time. Therefore, pyrometallurgical enrichment is a promising mineral processing method for refractory ores with high phosphorus, high iron and low manganese content.