The nature of the ore mainly refers to the mineral composition in the ore, the content and proportion of various minerals, the intergrowth characteristics of useful minerals and the symbiosis characteristics between minerals, the isomorphic impurities in the ore, and the existence form of the mineral (if it is primary Mineral or secondary ore, sulfide ore or oxide ore, etc.), as well as the content and composition of soluble salts, etc., all affect the flotation process of minerals. 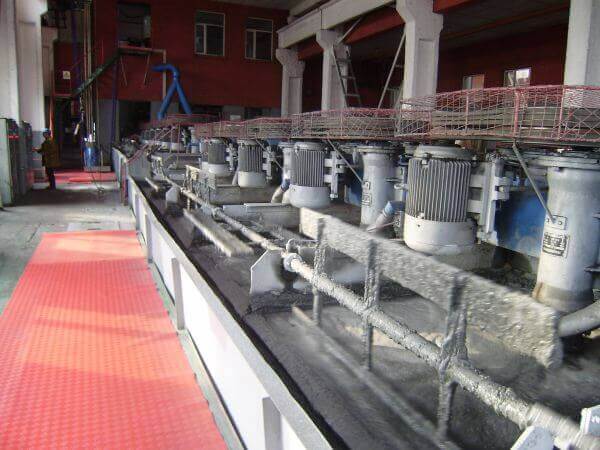 The formation conditions of useful minerals affect the structure of minerals and have a strong influence on the floatability of minerals. Sulfide minerals generated under high pressure and high temperature conditions, such as those separated from molten magma or precipitated from hydrothermal fluids, usually have a relatively compact structure with no pores in between, and the geometric size of mineral crystals is relatively large.

The sequence of mineral formation can have an important impact on flotation. When there are cracks in the minerals formed earlier, they are often filled with minerals formed later to become vein-like or net-like structures. In the process of crushing and grinding, new fracture surfaces often appear along the fine mesh veins of the ore, and the secondary minerals are more prone to sludge.

It should be pointed out that the following two changes have a particularly large impact on the flotation properties of minerals: one is silicification; the other is kaolinization, chloriteization and sericitization.

In the first case, the minerals are glued by silica; in the second case, many very different microcrystalline minerals are formed, which will produce a large amount of fine mud during the grinding process.

The nature of the ore is an objective factor that is difficult to change, so corresponding technological measures must be taken in the practice of flotation production to adapt to the nature of the ore and its changing law. In order to establish a relatively stable process operation system and obtain a relatively stable flotation index, the ore entering the concentrator should be relatively stable in nature to facilitate management. This often requires the cooperation of mining and beneficiation workers. Can be achieved. For example, before blasting, some mines first sample and analyze the ore in each pit and face each face, to roughly find out the grade and composition of the ore blasted from each face, and then according to each face Proper ore blending is performed in proportion to the number of ore produced. Some mines are equipped with special ore blending sites to maintain the relatively stable nature of the ore beneficiation process; some concentrators also perform ore blending by feeding and unloading during the crushing process; In other dressing plants, the grinding products are mixed through a public thickener to mix the grinding products of the whole field, and remove excess water or fine mud, so that the feed concentration of the flotation operation is also relatively stable.

The choice of flotation process depends on the particle size and sludge characteristics of the useful minerals in the ore.

When selecting a multi-metal flotation process, in addition to considering the influence of the particle size characteristics of the embedded cloth on the process, attention should also be paid to the influence of the floatability of various minerals and other factors on the process selection.
For three types of ores such as high grade of raw ore, low gangue content, coarse-grained distribution, or simple ore properties, large difference in the floatability of useful minerals, easy separation, or containing a large amount of dense polymetallic sulfide ore, direct priority should be used The principle flow of flotation; for the ore with medium grade of raw ore, or poor and coarse aggregates, or ore containing a small amount of polymetallic sulfide ore, it is advisable to use the principle flow of full mixed flotation; for the complex polymetallic ore with “equal floatability”, It is advisable to use part of the mixed flotation principle process.