The hardness of water has an obvious influence on the flotation index, especially when using fatty acid collectors for flotation, its influence must be eliminated before flotation. 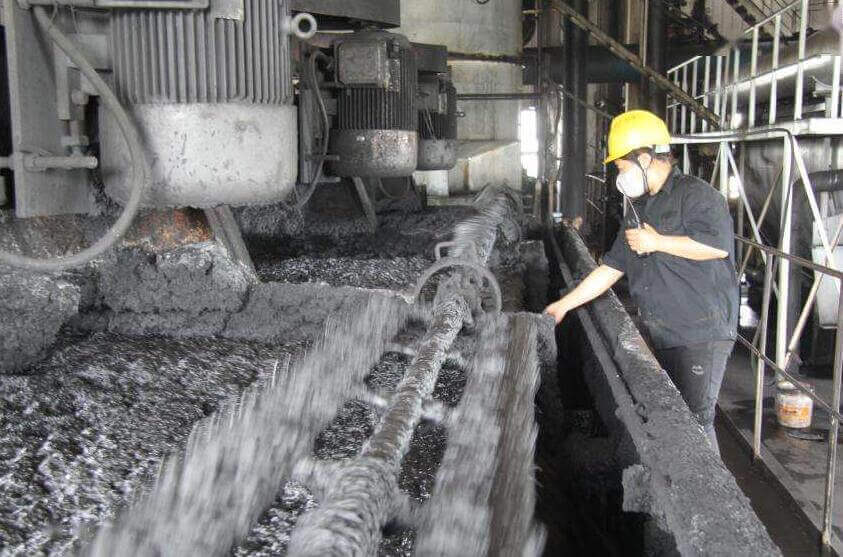 The Water of Rivers and Lakes

The water of rivers and lakes is one of the most used waters for flotation. Most of them are soft water with low salinity. Except for the Great Salt Lake, for example, Lake Laurent is only 0.3048g/L and Lake Baikal is 0.069g/L. Naxi Lake 0.1511g/L. The salt content is low, and the polyvalent metal ions are relatively small. In flotation, the water factor has the least influence on the separation effect, and it is easy to perform and adjust.

Groundwater is also one of the most used waters in flotation. Water in different regions has great changes in water quality, and there are great differences in hardness and salinity. Soft water with low salinity and less hardness, like water in rivers and lakes, has little effect on flotation and is easy to operate and control in flotation.

Since the ions in the water have a significant impact on the flotation index, the harmful effects must be eliminated before flotation. Elimination methods include chemical and physical methods. The chemical method adopts the addition of certain agents to cause insoluble precipitation of harmful metals, such as sodium carbonate, reversible sodium, and other agents, which can be used. The Donganshan Concentrator adds 1.5-2.0kg/t of sodium carbonate to the grinding back to reduce the hardness of the water from the original 12 degrees to 7-8 degrees. The ion exchange method can also be used, which is more adaptable and can be used. According to needs, choose different types of exchange resins to achieve the required purpose.

Physical methods can use ultrasonic, electromagnetic treatment, etc. to achieve the purpose of eliminating harmful ions.

Seawater and some lake waters have higher salinity, so the salinity is also higher. For example, the Epekun Lagoon (seawater) is 375.1g/L, which is salty water. The use of saltwater for flotation is of great significance for coastal mines or salty lake areas. Flotation tests have been carried out on some minerals in salty water, and their effects are different. For example, a coal mine water contains Na+1789.6mg/L, Cl-2141.3mg/L, Mg2+28.4mg/L, SO42- 131.6mg/L, used for flotation of slime, can get a very solitary index without adding flotation agent, and the flotation speed is 60% higher than ordinary freshwater.

The use of seawater for flotation of a lead-zinc ore has a certain impact, increasing the amount of lime, copper sulfate, and other reagents, and also improving the floatablity of the gangue. In flotation, it is necessary to add water glass to suppress the gangue. The grade and recovery rate of zinc concentrate is slightly lower than the flotation index of freshwater. Because of the high salt content of saltwater, it has a certain corrosive effect on the equipment, so protection should be paid attention to.

The backwater is the water that is returned to reuse after the tailings of the beneficiation plant is treated, and is called circulating water in the coal preparation plant. Due to the serious shortage of water resources and the requirements of environmental protection, it is necessary to return the wastewater from the orderly plant to use, and it has received more and more attention. Flotation backwater has two characteristics:

(1) Containing a lot of flotation reagents, the composition is more complicated. The reagents in the backwater are sometimes 50-100 times higher than the freshwater. When using them, you must consider their impact on the flotation process. Improper use can affect the sorting. Effect; used properly, can save medicine. The practice has proved that in the flotation of single metal ore, there are few types of reagents and single effect, so the use of backwater is relatively simple, and all backwater can be used. For example, in the flotation of copper, nickel, and sulfur, the collector xanthate is reduced by 23% and the amount of sodium hydroxide is reduced by 17% in the water.

When sorting polymetallic ore, there are many kinds of chemicals used, inhibition, activation, etc., and the recycling of backwater is compared, and the process of mixed flotation and mixed concentrate re-separation can make the use of backwater easier. For example, in lead-zinc mixed flotation, the mixed concentrate stream and mineral water can be returned to the front of the process for use. When the situation is more complicated, in principle, it is more appropriate for the wastewater discharged from the same circuit to return to the same circuit, but the pipeline and process are more complicated. Under this kind of sentiment, the plan and proportion of the use of backwater recycling should be determined through experiments.

(2) Containing a lot of solid matter, especially fine mud, solid matter in the backwater, with fine particle size, low grade or high ash content, it is easy to cover the surface of the coarse-grained concentrate when it is recycled, and the flotation effect is serious. Generally, the solid content in the still water of beneficiation should not exceed 0.2-0.3g/L. Eliminate the solid matter in the backwater, use natural clarification or add a coagulant to make it drop. Coagulants include lime, lime, and ferrous sulfate or aluminum sulfate. In order to eliminate calcium ions, aluminum sulfate can also be used as a coagulant. Polyacrylamide is often added to flocculate solid particles in the treatment of coal preparation plant tailings.