The various agents used in the flotation process are collectively referred to as flotation agents. In the flotation agents, except for collectors and foaming agents, they are all called regulators. The role of the regulator is to adjust the role of the collector and the mineral, promote or inhibit the float-ability of the mineral; adjust the pH of the pulp and the composition of ions. According to the effect of regulators, it can be roughly divided into pH regulators, activators, inhibitors, dispersants, flocculants, etc. In the last article we introduce pH regulators, activators, dispersants, and flocculants, today we will introduce the inhibitor to you. 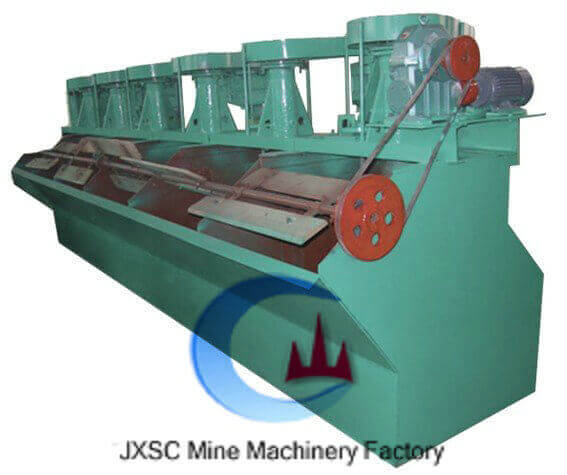 Sodium sulfide is the activator of non-ferrous metal oxide ore, and when the addition amount is large enough, it is also an inhibitor of sulfide ore.

The preparation of sodium sulfide is to reduce sodium sulfate (Na2SO4) by burning coal, charcoal, etc. as a reducing gas.

The reaction formula is: Na2SO4＋2C＝Na2S＋2CO2↑

The inhibitory effect of water glass is mainly HSiO3－ and H2SiO3, silicic acid molecule H2SiO3, and silicate ion HSiO3－has strong hydration, and it is a kind of colloidal particles and ions with strong hydrophilicity. HSiO3－ and H2SiO3 are combined with Silicate minerals that have the same acid radicals and are easy to adsorb on the surface of quartz and silicate minerals to form a hydrophilic film, which increases the hydrophilicity of the mineral surface and suppresses it.

It is a saturated dibasic acid called oxalic acid, which is an organic inhibitor. Oxalic acid is an effective inhibitor of barite and garnet. In fluorite flotation, oxalic acid is often used to inhibit gangue minerals to ensure that the grade of CaF2 is 95% fluorite concentrate.

Carboxymethyl cellulose, an industrial product, is a light yellow flocculent substance with relatively stable chemical properties and is soluble in water.

Carboxymethyl cellulose is an effective inhibitor of magnesium-containing silicate minerals such as pyroxene, serpentine, hornblende, high amphitrite, and chlorite. It also has an inhibitory effect on quartz, carbonaceous gangue, and argillaceous gangue (weathering product of silicate minerals). The use of carboxymethyl cellulose to inhibit pyroxene and hornblende for nickel ore floatation is better than water glass.